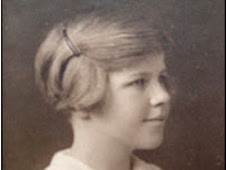 Venetia Burney Phair was an accountant and taught economics and math to school girls. But the British woman will best be remembered for what she accomplished at age 11, giving Pluto its name. Phair died April 30 in her home in Banstead, England. She was 90.In an interview with NASA in January 2006, Phair said she offered the name Pluto over breakfast with her mother and grandfather. It was March 14, 1930, and her grandfather, Falconer Madan, announced that scientists discovered the ninth planet. "I was fairly familiar with Greek and Roman legends from various children's books that I had read," she said in the interview. "And of course I did know about the solar system and the names the other planets have. And so I suppose I just thought that this was a name that hadn’t been used." Madan, a retired librarian of the Bodleian Library at Oxford, liked the name, too, and passed it along to his friend, Herbert Hall Turner, professor of astronomy at Oxford.
Source:
http://www.nasa.gov

Posted by Bayourat Rocketry at 12:20 PM