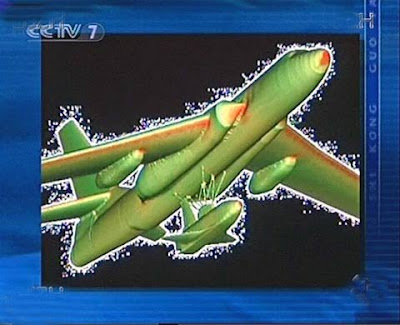 Implied in a report published by China Aviation Journal, China has successfully launched its own space plane prototype, the news came out shortly after the US Air Force announced the successful test of their advanced X37B space plane, which is widely regarded as a next-generation super weapon. 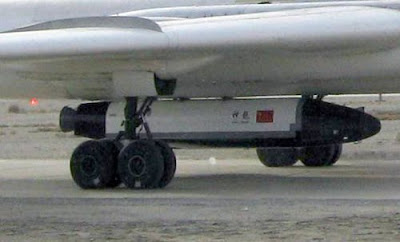 A CCTV military show revealed that the plane can be carried by and launched from H-6 strategic bomber. (See picture above) It is rumored to be a prototype, it looks similar to the X37B but is smaller in size, that's all, the CAL report says no further details about the secret space plane project except for the name of its leading designer. Humble Chinese.

Note: The report can not be found on the website of China Aviation Journal and a link to chief designer Wang Chun's profile on the site was also deleted for some reason. Many Chinese mainstream news sites deleted their published reports, too.
Posted by Bayourat Rocketry at 7:26 AM