Could Russia Be Getting Back In The Space Plane Business? 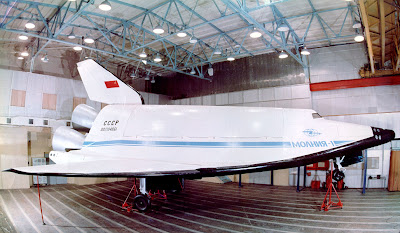 Many rumors abound since the launch of the X-37B. The USAF's Mini Shuttle. One of the rumors is that Russia is renewing a long since abandoned program called MAKS (Multipurpose Aerospace System). This was a Soviet error space plane program from the 1980's. Back in the 80's the USSR was in a space race with the US shuttle program. Lot's of designs were conceived until all efforts were placed in the Buran program which eventually flew once successfully. Then canceled in favor of the more cost effective but less glamorous Soyuz. It will be interesting to see what happens in the next few years.

More On MAKS Here
Posted by Bayourat Rocketry at 7:46 AM