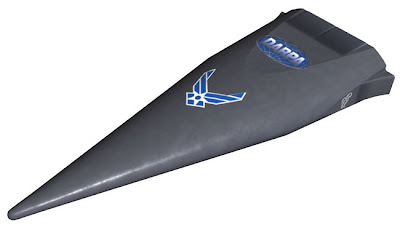 If every little thing goes right on Wednesday with the test flight of an experimental aircraft, The Pentagon will be gifted with a vehicle that can fly at an amazing speed of 13,000 mph, or 20 times the speed of sound (Mach 20).

The arrowhead-shaped unmanned Falcon Hypersonic Technological innovation Car 2 (FHTV2) is scheduled to be launched by an eight-story Minotaur IV rocket from the Vandenberg Air Force Base in California at 7 a.m. PDT on Wednesday.

Soon after currently being separated from the rocket in the upper reaches of the Earth’s atmosphere, the aircraft will glide over the Pacific Ocean at Mach 20. The flight will final for half-an-hour and following that the FHTV2 will splash down and sink near Kwajalein Atoll, about 4,100 miles from Vandenberg Air Force Base, reports mentioned.

The FHTV2 aircraft, which can cover the distance in between Los Angeles and New York in less than 12 minutes, is capable of delivering military strike anywhere in the world inside an hour, Los Angeles Times reported.

The initial test flight of FHTV took spot in April 2010. But right after 9 minutes of flight, it disappeared over the Pacific. Engineers suspected that a flaw in its style was the trigger of the malfunction.

Described as “information truck” by the U.S. Defense Advanced Study Projects Agency (DARPA), the Falcon functions several sensors that can collect information in an uncertain operating envelope. The alterations that engineers have brought in to the second test flight include adjusting the FHTV2′s center of gravity, decreasing the angle of attack flown and inclusion of the onboard reaction control method to supplement the car flaps to preserve stability throughout flight operations, DARPA stated.

Both the FHTVs had been funded by DARPA and had been constructed by Lockheed Martin Corp. If the government does not provide more funding, the scheduled second flight of the Falcon Hypersonic Technology Car 2 will be its last test.

Posted by Bayourat Rocketry at 8:24 AM