The Grasshopper program is a critical step toward achieving SpaceX’s goal of developing fully and rapidly reusable rockets. With Grasshopper, SpaceX engineers are testing the technology that would allow a launched rocket to land intact, rather than burning up upon reentry to Earth’s atmosphere. 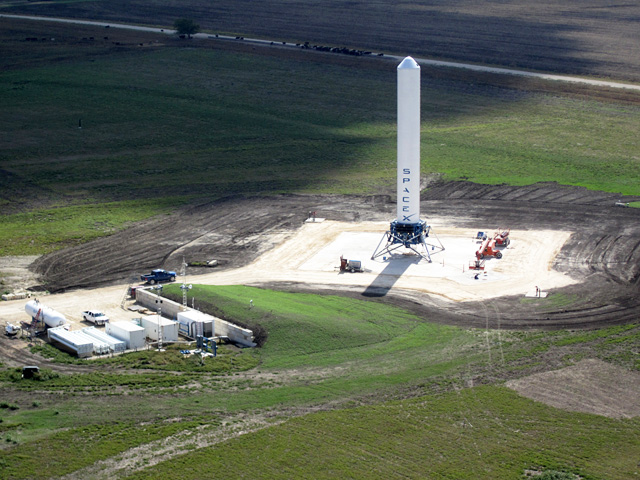 Grasshopper consists of a Falcon 9 rocket first stage, Merlin 1D engine, four steel landing legs with hydraulic dampers, and a steel support structure. For a sense of its scale, note the blue pick-up truck to the left of Grasshopper in the photo above.


From: SpaceX
Posted by Bayourat Rocketry at 10:05 AM