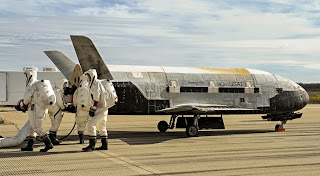 The planned May 20 fourth launch of a United Launch Alliance (ULA) Atlas-V rocket with a Boeing/U.S. Air Force X-37B spaceplane comes as the Air Force is shifting to more military spaceplane payload development instead of X-37B flight testing of its own systems.