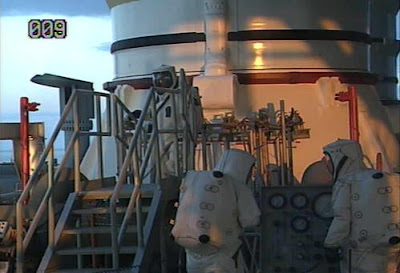 Payload for the STS-130 mission, consisting of the Italian-built Tranquility node and its attached cupola, will be transported to the pad beginning at 4 a.m. EST Saturday. Once there, it will be lifted and stored in the payload changeout room.

Near NASA's Johnson Space Center in Houston, Mission Specialists Nicholas Patrick and Robert Behnken will be immersed in the massive pool in the Neutral Buoyancy Lab to practice techniques for their first spacewalk.