Mixed Signals From China On The Successful Test Of An X-37B Type Space Plane. 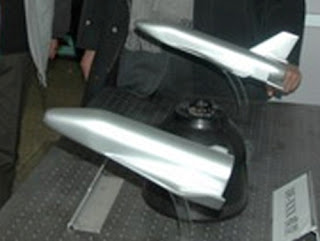 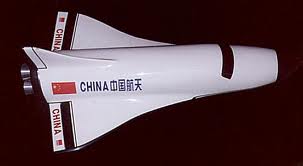 Several news sources are reporting the successful test of a Chinese Space Plane.

According to Chinese press reports China is also testing a similar spacecraft to the X-37B and is making progress in building an “upper-atmosphere” jet fighter, an official said last week, adding to a flurry of speculation about China’s growing air power.

A report published by China Aviation Journal, China has successfully launched its own space plane prototype, the news came out shortly after the US Air Force announced the successful test of their advanced X-37B space plane, which is widely regarded as a next-generation super weapon that is even more dangerous than the atomic bomb. This story has now been deleted.

The Ming Pao and the Zhongguo Pinglun (China Review), a news website in Hong Kong, posted an article headlined “China succeeds in spacecraft test flight in tandem with U.S. X-37B” until early Tuesday, but no mainland Chinese media websites mentioned anything about it.

China’s “Hermes” Space Plane: A December 16 photo shows a model of the Shenlong and a new model of the Chinese “Hermes” space plane. China has made significant progress toward the development of an unmanned trans-atmospheric vehicle and a Space Plane. Beijing’s technological advancement has obvious commercial and scientific uses, however the military significance of the plane cannot be denied.

Chinese officials say that their rocket powered space plane program may be a reaction to U.S. ambitions to dominate space and develop space planes, hypersonic transports and bombers.

The involvement of fighter aircraft design institutes, plus previous statements of Chinese spacecraft design officials and related military-engineering literature, suggest that China wants its space planes to perform military, even attack, missions. The Chinese Daily said Beijing’s development of the aircraft was leaked to the press like recent stories about its new stealth fighter dubbed the J-20, but authorities were “deleting all Internet posts about the space fighter.”

The Chinese channel showed images of a prototype space fighter being assembled whose outward appearance was almost identical to a U.S. pilotless upper-atmosphere military spaceship, the X-37B, the daily said.

Chinese military analysts clarify that a Space plane will definitely form the basis for a space combat platform. This space combat platform will be intended to attack targets on Earth or it could carry out counter-space combat missions. China is aggressively pursuing air-breathing hypersonic propulsion technologies, which will provide additional avenues to develop very rapid long-range “deep strike” weapons.
Posted by Bayourat Rocketry at 6:37 PM