The International Space Station May Have To Be Abandoned! 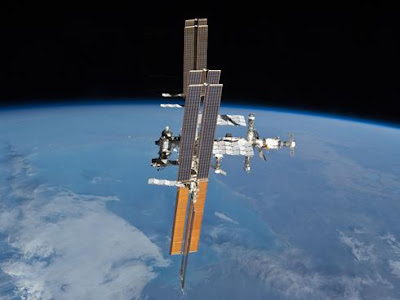 We have had a manned presence in space for the last 15 years straight. But all good things must come to an end.

CAPE CANAVERAL, Fla. (AP) — The International Space Station may have to be abandoned -- just temporarily -- later this year.

A NASA official says it's because of last week's Russian launch accident, in which a space station supply ship was destroyed. The official says if Russian Soyuz rockets remain grounded after mid-November, there won't be a way to send any more astronauts to the station before the current crew members are supposed to leave.

NASA's Mike Suffredini says controllers can keep a deserted space station operating indefinitely, as long as all major systems are working properly. But there's always an increased risk to the station if nobody's there to fix potential equipment breakdowns.

Astronauts have been living continuously aboard the space station since the first crew was launched in 2000.

Even if the space shuttle program hadn't come to an end last month, space station crews would still need capsules launched by Soyuz rockets to serve as lifeboats.

The station is supplied through next summer. The shuttle Atlantis dropped off a year's supply of goods just last month.

©2011 Associated Press. All rights reserved. This material may not be published, broadcast, rewritten, or redistributed.

Posted by Bayourat Rocketry at 4:34 PM