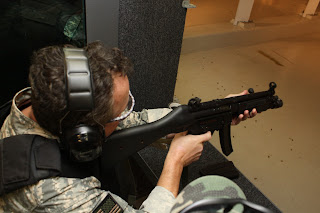 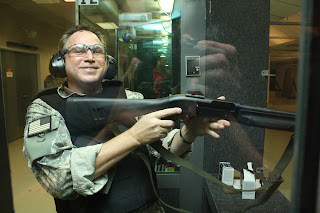 I just got back from Argonia, Kansas and the Large And Dangerous Rocket Ship Launch where the Tripoli Louisiana Club. Now known as the "Cajun Coalition". Launched a rocket powered Tiki Bar Hut. It was a most impressive flight to an altitude of 1,000ft. The launch was a success as all 4 M motors lit simultaneously and the Tiki Bar flew straight and stable. Unfortunately one of the 16ft. Parachutes was sucked out of it's tube prematurely while the rocket was still moving approx. 200mph. and it removed itself from the attachment point. The second chute deployed successfully but the rocket was not designed to withstand the impact of recovery under one chute. So there was substantial damage to the base structure. The roof however remained mostly intact and will fly again one day.

I am happy to announce that the "Cajun Coalition" took home first place in the Discovery Channels odd rockets competition. The show is set to air soon on the Science Channel. Stay tuned for air dates and times.


Posted by Bayourat Rocketry at 8:59 AM