Cape Canaveral, Fla.- Details emerging from China indicate the Chinese have likely flight tested for the first time a secret 4 ton winged spaceplane that was rocketed into a 60 mi. high suborbital trajectory for test of reentry systems starting at Mach 15. 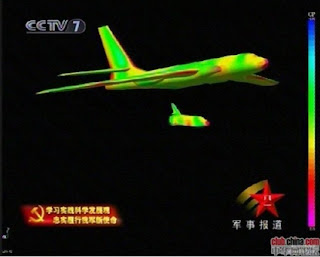 Continued successful development of the spaceplane could give the People’s Liberation Army (PLA) an operational military spaceplane comparable to the U. S. Air Force X-37B currently flying its second orbital mission.

Along with evidence for a reentry flight test, there is even stronger evidence that the Chinese have demonstrated low altitude flying qualities of the vehicle with one or more 75% scale Shenlong models dropped from the belly of Chinese H-6 bombers that are versions of the Russian TU-16 Badger. There are both Chinese photographic and computer graphic images showing such tests have been conducted possibly as early a 2007-2008.“If the main mission for China’s space plane was simply to service China’s future Space Station there would be little cause for concern,” says researcher Richard Fisher who is a Senior Fellow with the International Assessment and Strategy Center, a Washington Think Tank that aids Congress, the Pentagon and the National Security community.

“But this is not the case. Chinese sources indicate that from its inception China’s space plane program has been intended to perform military missions, to include space combat missions,” says Fisher.


The Spaceplane and Station programs were both formed at about the same time under PLA leadership. The launch of the first docking test module for the station program has been delayed a month to late September, after engineers found commonality between the module’s 2nd stage booster and another second stage vernier that caused loss of a mission earlier this summer.
New evidence for the Chinese hypersonic test comes from a display at Northwestern Polytechnic University (NPU) in Xian., one of China’s top aeronautics and astronautics research centers. The display has a large image showing the spaceplane under fabrication with its reentry thermal protection features annotated as part of a large poster board headlined “China’s Successful Trans-Atmospheric Vehicle Test Flight.” The message says flatly they had a successful spaceplane flight test above the atmosphere that continued through a reentry begun a Mach 15. 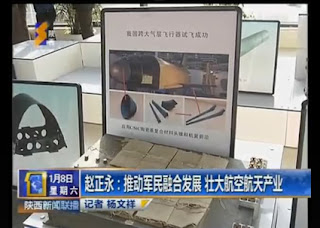 The suborbital Shenzhou test may begin to lay ground work for future Chinese development of a heavier winged space vehicle similar to the U. S. space shuttle .

If flown as planned, the spaceplane was launched atop a Long March 2C says Fisher, who is also an internationally recognized authority on the PLA who has just published new research on the secret spaceplane program.

This news about the Shenlong reentry test “is huge” says Dr. Andrew S. Erickson, an Associate Professor in the Strategic Research Department at the U.S. Naval War College, Newport, R.I.. He is also an expert on the Chinese military.

“This looks like a very thorough study by Fisher”, says Erickson. He added that it is hard to verify all the data “but Fisher has done a good job of laying out potentially relevant information.”

Such tests would validate the vehicle’s thermal protection system and prove that its guidance, navigation and control design was performing at the level necessary for controlled descents from space.

A Chinese picture of the spaceplane made during its assembly shows a vehicle that, like the U. S. space shuttle, has a double delta wing with advanced ceramic nose and wing leading edges to protect against 2,500 F deg. reentry heating . 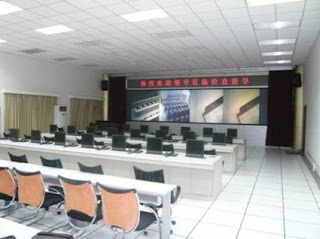 With an estimated dry mass of 4 tons, a wingspan of 14 ft , fuselage length of 30 ft, and tail height of 9 ft. the Shenlong vehicle closely matches the U. S. Air Force X-37B now nearing the end of its second mission carrying U. S. military sensors that will be returned to Earth.

China will sometimes turn loose what might be described as “teaser” information on its secret programs, but often the data is affiliated with other events to send a broader message. With the spaceplane’s release of information there are messages of success for the communist party leadership in Shaanxi province and also messages for the U. S. Secretary of Defense who was visiting Beijing that day.

Fisher notes while there were no additional details mentioned, for many Chinese, this revelation on the eve of the 9-12 January 2011 visit to Beijing by Secretary of Defense Robert Gates served to accentuate another show of force – the 11 January 2011 official first flight of the Chengdu Aviation Corporation’s (CAC) J-20 5th generation jet fighter. The Shenlong success message may have been to prove new space plane and hypersonic technologies, and the possibility of a successful test means that China is making progress toward its goal of building space planes. It is likely that U. S. intelligence would have picked that up.

During their visit to Northwestern Polytechnical University (NPU) School of Materials and Science Engineering, Shaanxi’s top party officials were briefed by one of China’s top experts on advanced ceramic matrix composite (CMC) materials, Professor Zhang Litong , who explained NPU’s contributions to the Shenlong.

The “Shenlong” spaceplane project is headed by China’s People’s Liberation Army (PLA). The vehicle benefits heavily from NPU development programs, but was manufactured by the Chengdu Aircraft Plant and the Chinese Academy of Launcher Technology.

Along with the flight test evidence, there is also evidence that the program has benefited from technology transfer between the NASA Glenn Research Center in Cleveland , Ohio and a top Chinese ceramic scientist, Proff. Zhang Litong, says Fisher

Fisher notes that Zhang was assigned by the Chinese government to develop advanced ceramic matrix composites (CMCs) to enhance jet engine development and advance Chinese work on reentry protection materials which later benefited the Shenlong program. At the request of China she was granted research privileges at Glenn in 1989—1991 even after The Tiananmen Square massacre in the spring of 1989. Her research at Glenn was on advanced aerospace materials, information and new techniques she returned to China where she received major awards. Fisher believes NASA Glenn research work has found its way into the PLA’s Shenlong space plane, especially its critical thermal protection system.