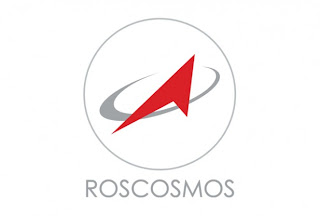 The Russian space program suffered yet another setback on Friday after a Soyuz-2 vehicle failed to put a communications satellite into orbit, resulting in debris from the probe crashing back to Earth in a Siberian town located roughly 1,400 miles from Moscow.

According to BBC News Science Correspondent Jonathan Amos, the Soyuz 2.1b (described by Amos as the most modern form of the venerable Russian spaceship) launched at 16:08 Moscow time from the Plesetsk spaceport in northern Russia.

It was carrying a Meridian-5 satellite designed to provide communications between aircraft, ships and ground stations near the coast. Debris from the satellite is believed to have fallen back to earth near the town of Tobolsk, which is located in western Siberia.

Sources told Reuters that the accident was blamed on the carrier rocket’s failure. The unspecified failure occurred roughly seven minutes after takeoff, Russian media sources including RIA Novosti reportedly told the BBC. According to Reuters, industry sources are claiming that the incident could delay the launch of the Progress cargo craft, currently set for next month.

Russian Aerospace Forces spokesman Col. Alexei Zolotukhin told Xinhua news agency reporters that the malfunction is believed to have occurred “in the off-normal work of the propulsion unit of the third stage of the launch vehicle,” and that an investigation into the accident had already begun. No casualties or damages had been reported, sources told the Chinese media organization.

Friday’s incident was the latest in a line of setbacks suffered by the Russian space program during the past year. In December 2010, three Glonass navigation system satellites veered off course and wound up crashing into the Pacific Ocean, cause delays in the nation’s attempts to built a GPS rival and costing the space agency approximately $160 million, according to Reuters.

In August, the failure of a Soyuz rocket set to deliver supplies to the International Space Station (ISS) resulted in Roscosmos official temporarily suspending space flights.

About a week before that, a Proton vehicle failed to place another communication satellite into orbit, and a third-such incident occurred back in February, and last month, officials lost contact with a probe that had been scheduled to fly to Phobos in order to study the Mars moon.

The loss of the Meridian Friday “confirms that the (space) sector is in crisis,” Roscosmos head of the Vladimir Popofkin told the ITAR-TASS news agency, according to the AFP’s Stuart Williams.

“We must resolve this situation and give way to the youth,” he added in comments quotes by the Xinhua news agency. “Perhaps it’s time for reshuffle.”

Russian military communications satellite Meridian-5 deorbiting over the city of Novosibirsk after a failed launch attempt. The satellite was launched at 4.11 p.m. MSK, December 23, 2011 from Plesetsk spaceport. The engine of the 3d stage of the Soyuz-2.1b carrier rocket failed at T+421 seconds.

A Russian military launch of a fresh satellite for a latest communications network fails. A Soyuz-2.1b rocket with the Fregat upper stage lifted off from Pad 4 at Site 43 in Plesetsk on Dec. 23, 2011, at 16:08 Moscow Time. The launch vehicle carried a Meridian No. 5 communications satellite for the Russian military. The Titov Test Space Center started tracking the mission at 16:11 Moscow Time, a representative of Air and Space Defense Forces, VKO, told the official Russian media. According to the flight program, the satellite was expected to establish contact with Russian ground stations at 18:28 Moscow Time. However during the firing of the launch vehicle's third stage, 421 seconds after the liftoff, an emergency command shut down the engine, a VKO representative said. According to other sources, data showing the loss of thrust in the third stage engine was received 427 seconds into the flight. According to initial reports, the remnants of the spacecraft were expected to crash near Tobolsk in the Tyumen Region of Russia. However within three hours after the accident, Interfax news agency reported that fragments of the spacecraft were found near Ordynsk in Novosibirsk Region. It was the fifth launch failure for the Russian space industry in 2011, and the first for the Soyuz-2 rocket, which uses a latest RD-0124 engine on the third stage. According to the Interfax AVN news agency, the financial loss from the accident could reach two billion rubles.
Posted by Bayourat Rocketry at 1:29 PM