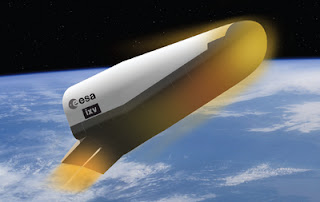 Europe’s ambition for a spacecraft to return autonomously from low orbit is a cornerstone for a wide range of space applications, including space transportation, exploration and robotic servicing of space infrastructure.
Part of this goal will be achieved with IXV Intermediate eXperimental Vehicle, planned for launch in 2014. Launched into a suborbital trajectory on ESA’s Vega rocket from Europe’s Spaceport in French Guiana, IXV will return to Earth as if from a low-orbit mission, to test and qualify new European critical reentry technologies such as advanced ceramic and ablative thermal protection. 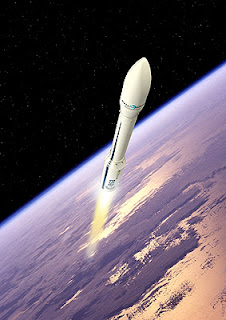 ESA and the Arianespace launch provider signed a contract on 14 December to study the launch of ESA’s IXV Intermediate eXperimental Vehicle on Europe’s new Vega rocket, as part of the VERTA – Vega Research and Technology Accompaniment – programme.

For several years, significant importance has been accorded to the development of critical reentry technologies through several basic research and technology preparatory programmes. Today, the flight verification of such technologies is an important aspect of European programmatic objectives, to be pursued within ESA’s short-term undertakings.

Several technologies contribute to the consolidation of the European knowledge base for future reentry missions. Among the most important ones:
Aerothermodynamics – validation of design tools and improvement of design performance, since the current lack of precise knowledge about phenomena occurring during re-entry induces the need for additional design margins. In fact, when re-entering from low Earth orbit (LEO) the oxygen and nitrogen molecules in the air break apart to dissipate the high energies involved. When this happens, the ideal-gas laws normally used for simulations are replaced by complex, real-gas laws that are governed by phenomena that are difficult to predict.
Guidance Navigation and Control (GNC) – improvement of the guidance algorithms, coupling of inertial measurement units with GPS for navigation, exploration of the combination of flaps and thrusters for flight control, addressing complex GNC issues related to the hypersonic phase of a reentry from LEO.
Thermal Protection and Hot Structures – validation of the flight performance of thermal protection materials and complex design solutions (for example, thermal expansion, junctions between materials, seals, gaps, steps and singularities), addressing the complexities introduced by the severe thermo-mechanical environment for LEO reentry applications.
The Intermediate eXperimental Vehicle (IXV) project objectives tackle the basic European needs for reentry from LEO, consolidating the knowledge necessary for the development of any future European reentry system while allowing risk limitation. Its end-to-end European mission on the Vega launcher is planned for 2013.

Posted by Bayourat Rocketry at 6:15 PM