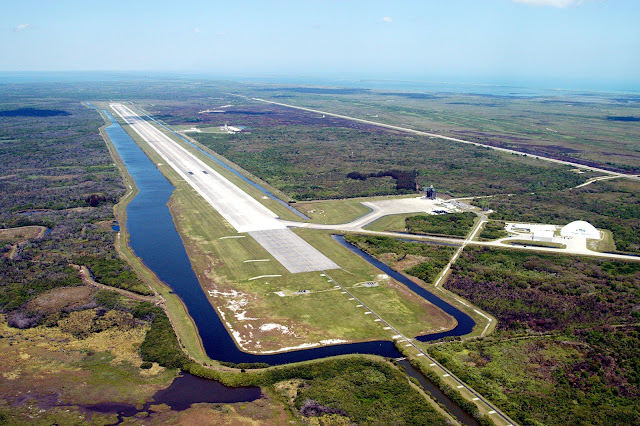 
Terms of the agreement, which have not yet been finalised, were not disclosed, but Space Florida has made no secret about its desire to take over facilities no longer needed by Nasa to develop a multi-user commercial spaceport, somewhat akin to an airport or seaport.

The state already has a lease for one of the space shuttle's processing hangars, and an agreement with Boeing to use the refurbished facility for its planned commercial space taxi.

The so-called CST-100 is one of three spaceships under development in partnership with Nasa to fly astronauts to the International Space Station, a permanently staffed, $100-billion research outpost that flies about 250 miles above Earth.

Nasa ended its 30-year space shuttle program in 2011, leaving Russia's Soyuz capsules as the sole means to transport crews to the station, a service that costs the United States more than $70-million per person. Nasa hopes to buy rides commercially from a US company by 2017.

The shuttle's retirement left the Kennedy Space Centre loaded with equipment and facilities that are not needed in Nasa's new human space initiative, which includes a heavy-lift rocket and deep-space capsule for journeys to asteroids, the moon and other destinations beyond the space station's orbit.

Last year, Nasa solicited proposals for agencies or companies to take over the shuttle landing facility and its 15 000-foot (4 572-meter) runway, one of the longest in the world.

In addition to shuttles returning from orbit, the runway is used by heavy transport aircraft, military cargo planes, T-38, Gulfstream G-2 and F-104 aircraft, and helicopters.

Space Florida would like that list to also include suborbital passenger ships, such as the two-seater Lynx space plane being developed by privately owned XCOR Aerospace, orbital vehicles like Microsoft co-founder Paul Allen's air-launched Stratolaunch Systems, and unmanned aircraft.

“We look forward to working with Nasa and KSC leadership in the coming months to finalise the details of this transaction in a way that will provide the greatest benefit to incoming commercial aerospace businesses,” Space Florida President Frank DiBello said in a statement.

Turning the shuttle landing facility over to a commercial operator will save Nasa more than $2-million a year in operations and maintenance costs, documents posted on the agency's procurement website show.

Nasa said it received five bids for the shuttle landing facility, including the winning one.

The announcement that Space Florida had been chosen was made by Nasa administrator Charles Bolden who was in Florida for the opening of the shuttle Atlantis exhibit at the Kennedy Space Centre Visitor Complex.

Proposals to take over one of the shuttle's two launch pads are due on July 5. - Reuters

Posted by Bayourat Rocketry at 8:42 AM