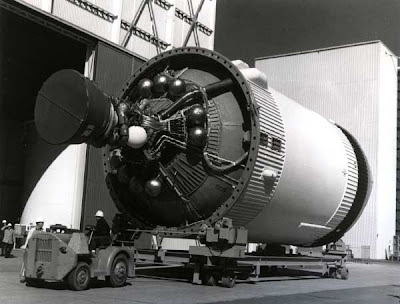 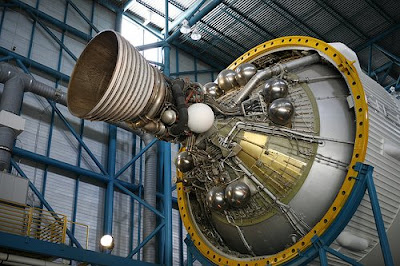 Two liquid-fueled auxiliary propulsion system units mounted at the aft end of the stage were used for attitude control during the parking orbit and the trans-lunar phases of the mission. The two APSs were also used as ullage engines to help settle the fuel prior to the translunar injection burn.

During Apollo 11, a typical lunar mission, the third stage burned for about 2.5 minutes until first cutoff at 11 minutes 40 seconds. At this point it was 2640 km downrange and in a parking orbit at an altitude of 188 km and velocity of 7790 m/sec. The third stage remained attached to the spacecraft while it orbited the Earth two and a half times while astronauts and mission controllers prepared for translunar injection (TLI). 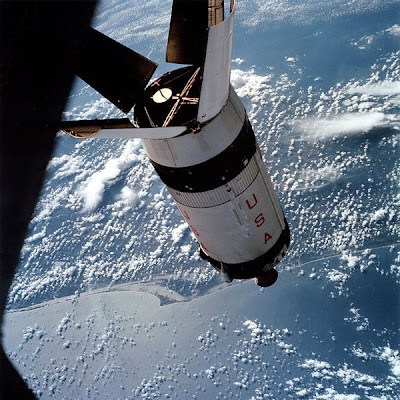 Attached to the Saturn IV-B stage, the Lunar Module Adapter's four panels are retracted to the fully open position. This is where the Lunar Module (LM) is stored during launch. On missions requiring the use of a LM, the four panels would be retracted and jettisoned before rendezvous and docking. This photo was taken during the Apollo 7 mission, when no Lunar Module was carried. The SIV-B stage flew as the second stage on a Saturn IB rocket. It is also used as the third stage on the Saturn V. The Apollo 7 mission was designed to test the Apollo Command and Service Module spacecraft systems specifically. Apollo 9 was the first mission to fly the Lunar Module. Seen Below. 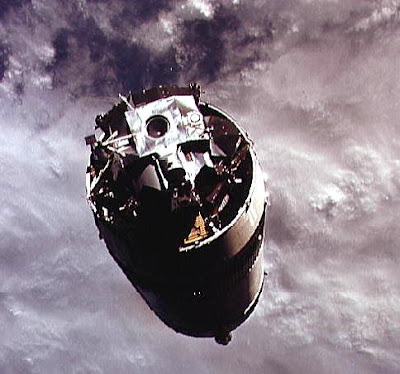 There is one up there still following the earth in a solar orbit.

The only video of an S-IVB stage in action comes from the Apollo 7 fight. The S-IVB stage was used as a second stage on that flight. The mission tested the ability of the Apollo spacecraft to turn around in orbit and dock with the LM in the S-IVB stage.

Posted by Bayourat Rocketry at 3:45 PM