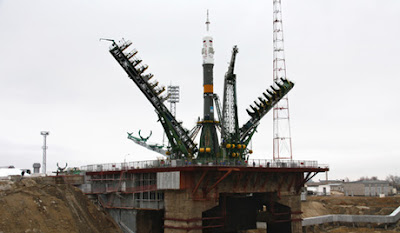 According to the Russian Space Agency, the Energia Corporation has won a tender to develop a manned spaceship to replace the Soviet-era Soyuz system.

There will be versions for Earth orbit and for travel to the Moon and Mars.

The launches will be from a new spaceport near Russia’s Far Eastern border with China.
Posted by Bayourat Rocketry at 8:51 AM