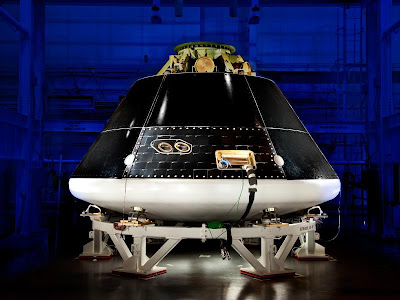 It is clear that NASA has missed the mark of being able to grab the momentum of the Shuttle Program. As the Obama administration and the rest of his politically appointed cronies scramble for excuses on why we don't have a firm direction. The United States Manned Space Program continues to spiral out of control like a fighter during a spin test. First George Bush sealed the fate of the Shuttle but promised the moon. Then Obama took it away. We are no closer to going to an asteroid now then we were 50 years ago. If we are to stay in the game of human space flight we need to get back in the business of building rockets. The politicians need to keep there hands off and let the scientist and engineers run the program. For the first time in history the Chinese will have more manned space flight capability then we do. We have capsules being designed with no rockets. We have the COTS program. (Big waste of money and resources.) If manned space flight was such a good commercial investment. Then companies would have been lining up to build man rated rockets years ago. With the government as the only customer. The whole idea is a political feel good campaign. Pay no attention to the 1,000 lb. elephant in the room. That we have no heavy lift or man rated lift capability. Just look over here we have a cute little rocket the can fly cheese into orbit. Please!

So what do we do from here? First we have to pull our heads out of the sand and realize the truth of the matter. Then some sort of common ground needs to be reached. But while that is going on we need to immediately stop the brain drain. Once the skilled people who build rockets are gone we will have an even larger startup gap. So wake up Washington! Let's get back in the game. It's time to roll up our sleeves and get to work. I'd like to see a man land on Mars before I die and I'd like for him to be an American!

By: Whitney Richard
Commments Welcome!
Posted by Bayourat Rocketry at 8:38 AM